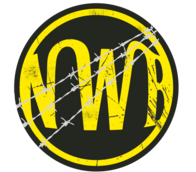 – Rich Spina of Herman's Hermits and Gary Lewis & The Playboys

“You've chosen great songs and done them well, including capturing the style and mood of the production."

“Nathan, you remind me a lot of Steve Miller and your love of classic Rock.”

“It sounds great!” continued “Very talented!! You got what it takes to be a great side musician, you sing, play an array of different instruments, that would be very valuable in your future.”

- Billy Sullivan of Herman’s Hermits, The Raspberries, and Gary Lewis and The Playboys

“The Nathan Ward Band does a very appealing job by doing fresh sounding versions of rock favorites. The original artists would have been very pleased to hear what this group does with their songs.”

“When it comes to great entertainment, I cast my vote for the Nathan Ward Band!  Rock n' Roll the way it used to be!”

What started as a basement operation in 2012 quickly turned into one of New England’s most popular rock bands. It didn't start out that way though. My first band (2010) was an abomination. We lasted a total of two shows which were total disasters.

I met dozens of musicians over the next two years. I had a great drummer (Paul) and bassist (Ken), but no guitarist. I was ready to call it quits before I got one more email. Randy lived close to me, so I figured I'd play with him. He was a monster. He could handle the guitar better than most headline stars. The four of us got together and created some magic. Like any good relationship, we always had our differences and miscommunications, but were always able to come to a reasonable agreement.
During our time together, we released two studio albums and several promotional records, each featuring 10 songs from the classic years of rock and roll. We played countless events for crowds ranging from 100 to 10,000 at venues ranging from town gazebos to amusement parks.

The highlight of my career was when Paul McCartney's producer approached me in Albany and said Paul wanted me to play "Let it Be" on the piano with a crowd of Beatles fans singing along for his website.
I have appeared on numerous radio and television stations programs and have been listed in the top 5 of the Connecticut charts and I have made it to #1 in the Triad charts.